BIGGEST Black Friday/Cyber Monday Sale. Save $100 on IQbuds2 MAX. In Stock & Ready To Ship for Xmas.

Men and women who serve their country, often endure mental, physical, and emotional challenges after their service ends. The most commonly diagnosed difficulties include hearing loss and tinnitus.

The History of Veterans Day

November 11 is Veterans Day in the United States. Schools, government offices and many business remain closed on the holiday. Many cities and towns host Veterans Day parades to honor former service members. 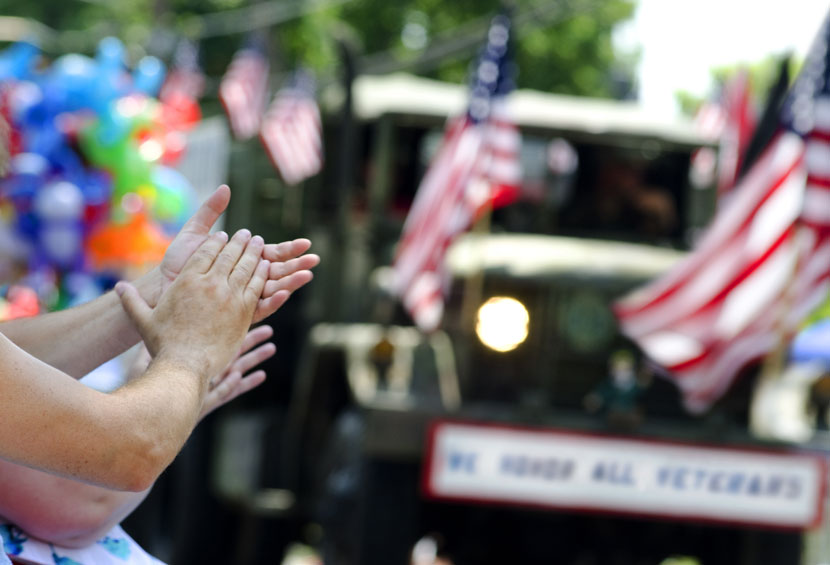 An Act was approved on May 13, 1938, making November 11th a federally recognized holiday. It was a day dedicated to world peace and to be thereafter celebrated and known as “Armistice Day.”

The intention of Armistice Day was to honor veterans of World War I. But after World War II and the greatest mobilization of military personal in the America’s history, the Act was amended by replacing the word “Armistice” with the word “Veterans.” With the approval of legislation on June 1st of 1954, November 11th became a day to honor American veterans of all wars.

Why are Military Veterans at Greater Risk of Hearing Loss?

Military veterans are at a greater risk of noise-induced hearing loss. Similar to those working in construction or at airports, their jobs are just inherently more noisy.

For example, librarians usually work in a quieter setting with exposure to volumes of around 50dB. On the other end of the scale, construction workers face ongoing exposure to noise levels of above 85dB… and that’s just background noise.

Construction sites are loud, but military personnel routinely experience much louder noise. This is certainly the case in combat areas, where gunfire and hand grenades can average 154 dB in sound.

On aircraft carriers, sounds can range from 130dB to as high as 160dB. Helicopters, aircraft takeoffs and landings, and other mechanical noise create a cacophony of potentially damaging sound.

Veterans have a 30% higher chance of experiencing significant hearing impairment compared to civilians. When completing a mission or carrying out day to day activities, military personnel deal with extreme noise exposure.

“A study in 2015 found that 72% of Veterans with tinnitus also had a diagnosis of anxiety, 60% had depression, and 58% had both conditions.”

Beginning in 2017, the US Marines instituted a new policy of applying suppressors on service weapons. While suppressors don’t completely drown out gunfire, they reduce noise by 30 decibels or more.

There is more work to be done, but small steps such as these represent progress. Protecting the hearing health of active military personnel must be a high priority.

Although hearing loss due to noise exposure is irreversible, there are an increasing number of ways to adapt. For example, consider IQbuds MAX, one of the worlds smartest hearing buds.

These true wireless earbuds with the advanced hearing technology allow users to hear what they want to hear. The unique Ear ID™ functionality offers a clinical-grade hearing assessment that personalizes the earbuds based on your unique hearing profile.

Nuheara are also proud to offer veterans and active military service members a 20% discount on all Nuheara hearing devices and accessories.

Over the years, many veterans have enjoyed the benefits of IQbuds MAX and other Nuheara products. Nuheara also proudly worked with, and will continue to work with, veterans groups like the Returning Vets of Diablo Valley (RVDV).

The military discount is available for all American and Canadian military (family and veterans included) as verified by ID.me in the checkout.